What started as a friendship at the beginning of the pandemic between 1859 Cider Co and Divine Distillers owners is now a complete acquirement.

Jason Greenwood and Jennell Ives, Divine Distillers owners, have bought out 1859 Cider Co after the cider company was forced to shut down in June, Greenwood said.

Like many food businesses in the pandemic, 1859 Cider Co owners Dan and Patricia Fox managed to stay afloat but still juggled other priorities in the background, like worrying about their home which sustained severe damage from the Beachie Creek wildfire last summer.

Greenwood and Ives became close with the Foxes after they reached out to see if they needed help at the beginning of the pandemic, specifically in lending equipment to help produce sanitizer the distillery gave out to the public and to cities across the state.

The business issues surrounding 1859 Cider Co. came to a head this past June when the Foxes were “forced to close by (the) landlord,” the couple said. At the time, Greenwood reached out the 1859 owners to lend a helping hand. This time, he offered space at the Divine Distillers location for them to continue, since “we’d hoped we could help them the same way they helped us,” he said.

“Jason reached out and told us he wanted to continue the brand and cider we worked so diligently to become known for,” the Fox couple said. “We want our loyal supporters to be able to enjoy quality cider and saw this could be a win-win.”

Since acquirement, Divine Distillers currently has added two 1859 ciders on tap. Greenwood aims to have cider operations up and running so bottled products will start being sold at the Divine Distillers tasting room around late November.

1859 Cider company is the latest addition to the Divine Distillers umbrella after the company bought Mt. Angel Soda and Brewing at the end of February 2020. Divine Distillers also plan to launch their wine brand, Divine Wines, in late October, marking the Divine brand an alcohol and spirits powerhouse as a distillery, brewery, soda company, cider company and winery by the end of the year. 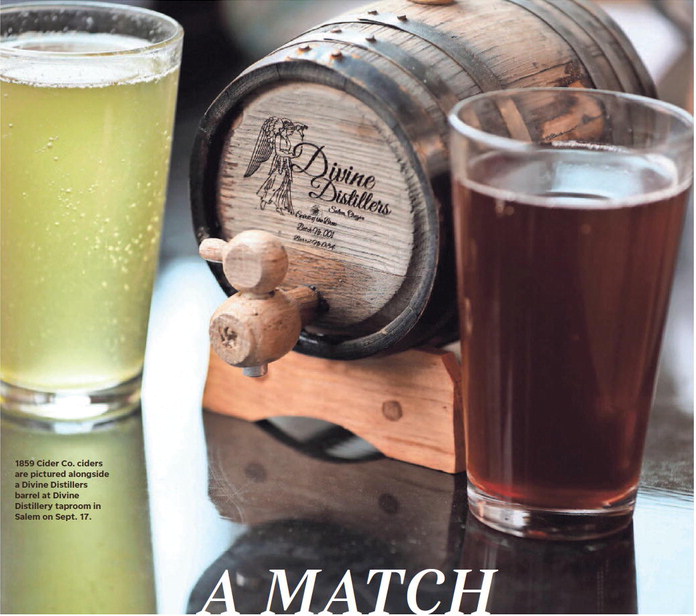 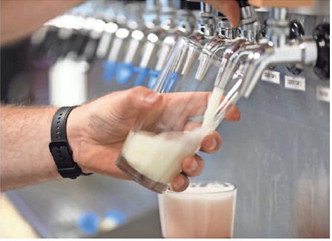